On my first visit to Goreme in Cappadocia, Turkey in November 2009, I was all over it like a hot rash. The summer had officially finished yet it was still thriving with backpackers arriving from Istanbul on the overnight bus. There seemed to be travelers from all over the world heading there with eager anticipation to see for themselves the lunar like landscape, cave hotels, ancient churches and an amazing sunrise view of twenty or more hot air balloons in the sky. 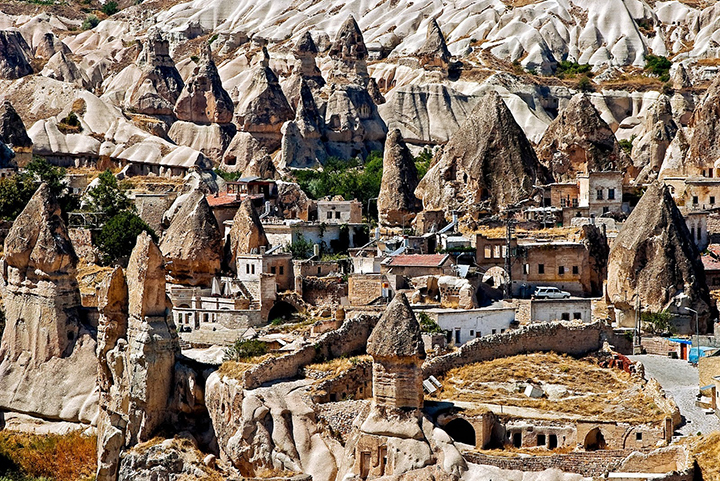 I was constantly in awe at the strange rock formations that I first spotted while driving into the region. Staying in a cave hotel was also a quirky novelty and since the town was relatively small and I walked most of it in just an afternoon, it had a canny knack of feeling comfortable.

I visited again in 2012 and in 2015 and even though, the vibes of my first visit had worn off, it still felt welcoming and an ideal place for a solo female traveller to feel safe. Unsure whether the amount of genuine cave hotels had dwindled, or the resort was bigger, it seemed more uniformed and not so rustic but I was in the right place at the right time, with a fuzzy feeling that Goreme was my 2nd home.