Find out about our expert-led Istanbul tour. See our full schedule of escorted tours in Turkey.

Massive and magnificent, the Blue Mosque dominates Istanbul’s skyline. Six minarets, shining silver in the sun, pierce the air like expectant rockets. Built four hundred years ago, 1603-17, by Sultan Ahmet I, it was designed to rival the great church of Haghia Sophia, just a stone’s throw to the north.

Not content with challenging one of Christendom’s most sacred shrines, the Blue Mosque even vied for supremacy with Islam’s holiest mosque at Mecca, the only one at the time to have six minarets. To quash the scandal a seventh minaret was added in Mecca.

Stroll into the vast courtyard and you are engulfed by arches, domes, and semi-domes on every horizon. Walk into the hushed inner sanctum, and you’ll see that these architectural cascades weren’t just built to impress. They have the practical purpose of creating a vast interior with giant columns, stained glass windows, and thousands of tiles whose blue hue gives the mosque its moniker.

Come and you’ll marvel at this Ottoman masterpiece, but remember this is no ruinous relic of the past. Listen to the call to prayer, watch the pilgrims wash themselves, and you’ll see the Blue Mosque is a living, breathing building, still filled by the faithful. 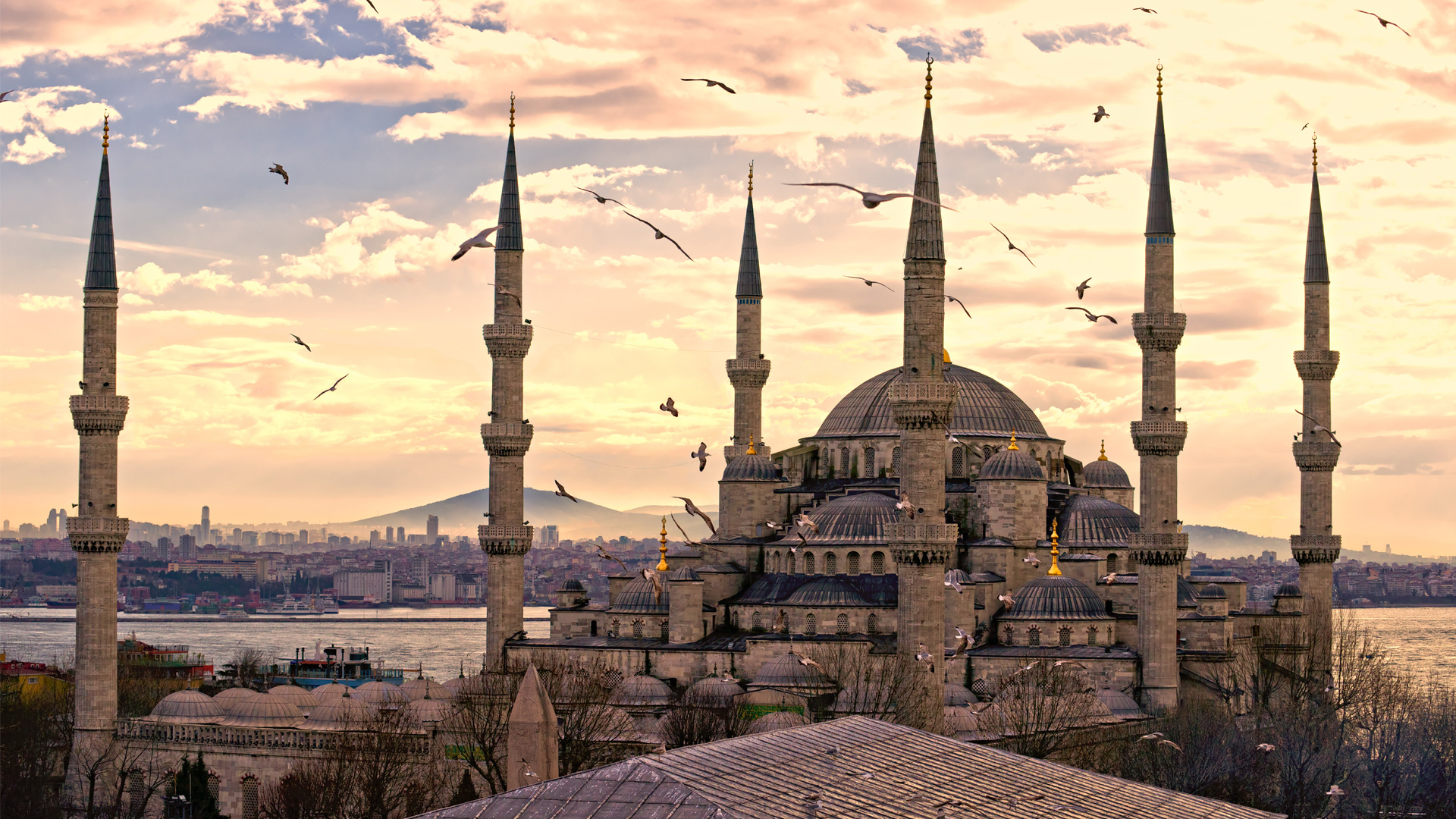 Count the tiles. There are tens of thousands of them; the finest money could buy from the celebrated kilns of Iznik. Lilies, tulips, trees, and abstract patterns swirl in bright blues and greens.

Go at night. During the summer months there is a free ‘son et lumiere’, where the story of the mosque’s construction is told in different languages on different evenings. A multicoloured marvel under a starry sky.

Walk from the west. To best appreciate the building, approach from the Hippodrome side, slowly. Walk through the first portal and into the courtyard. The mosque’s epic roof comes into sight, and your perspective of the domes cascading down changes with every step.

Raise your eyes to heaven. Marvel at the six slender and elegant minarets soaring into the blue sky.

How long: Take your time. The Blue Mosque’s courtyard is a glorious place to sit and soak up the atmosphere. Walk around the outside to get a measure of the building, then investigate the interior. It’s worth going back when it’s busy so you can see the mosque at work, with hundreds or thousands of people carrying out their ritual ablutions. A night time visit offers a wonderfully different perspective.

Planning & Inside Information: The Blue mosque is closed to non-worshippers for about half an hour for the five daily prayers. Lunchtime prayers on Friday, the Muslim holy day, are busiest of all, and the mosque can be closed for an hour or more. Dress modestly, although shawls can be provided by the mosque. The building is very cold in winter, so wrap up warm and wear extra socks since you need to remove shoes to go in.